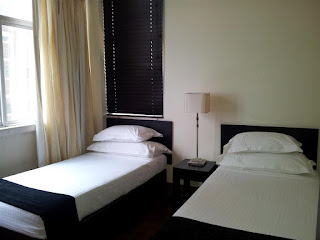 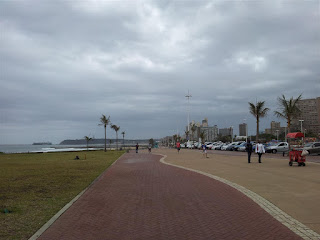 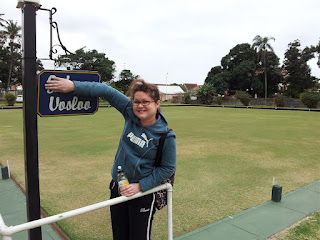 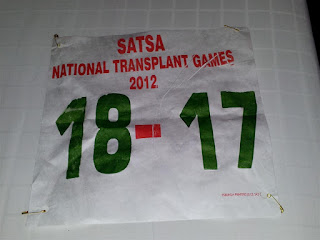 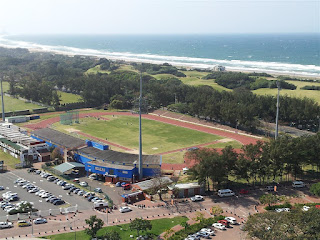 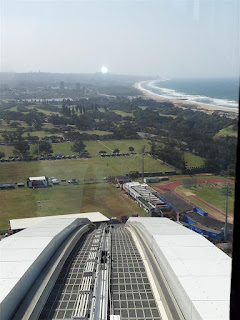 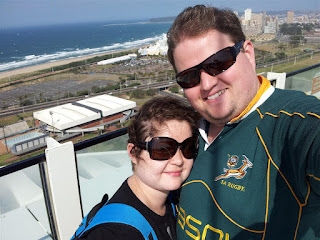 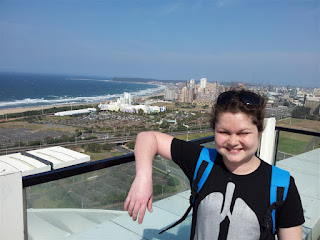 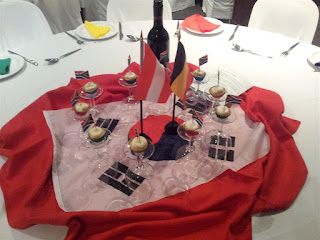 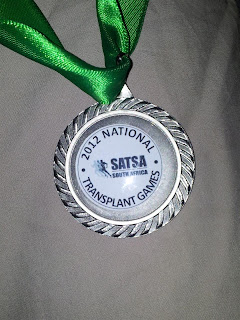 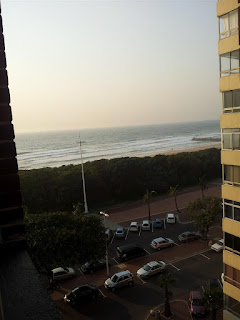 So check-up ended taking place AFTER Nationals only, so let me start with Nationals...

We arrived in Durban at about 11:30 on Thursday morning. It's a 6 hour drive and we did the trip with Shaun and Alet (Shaun is my transplant buddy). The weather down there, although not sunny, was quite a but warmer, which was great. Our hotel was VERY nice and practically on the beach. Perfect setting!

On Friday morning we watched the swimming, and in the afternoon was squash. The squash went well... because we're only 2 girls we had to play against guys as well. It was tough and I lost, but played well (which is what they look at, not the scores because that would be pretty unfair!!!). Played 6 games in total and was pretty tired after that! The umpire told me afterwards that he thought I played great especially considering I received LUNGS and all the other guys I played against "only" kidneys or livers. Was really nice of him. Went to Suncoast Casino for some fish for supper and early to bed.

Saturday was athletics. I did 100m and long jump (didn't train very hard for this, more of a fun event), enjoyed it A LOT but came last (we were 3 athletes and I was by far the oldest... realising that being 28 in the 20-29 age group is not so cool, but not going to complain about getting old!) Afterwards we rode the Skycar to the top of the Moses Mabhida soccer stadium which was very cool. The gala dinner was on Sat night... it could have been planned a bit better (way more people attending than previous years!) but nice setting in the harbour and food was yummy.

Sunday the weather was amazing, so before we left we swam in the sea :-) It's been years since I've done that and it was really great. Perfect end to the trip! The 2 guys on the pic below are Shaun and Brian, who both had double lung transplants too. 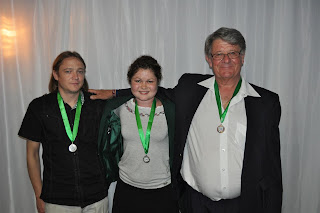 Had check-up this afternoon, lung function 98% (same as before the rejection story started), bloods were all fine. Reflux still a concern, will be doing another Barium Swallow test in about 6 weeks time. Will probably go back for check-up again in just over 2 months time (unless I feel like going for lung function earlier).
Posted by Alice at 8:34 PM No comments:

Check Up and Nationals

Tomorrow is my first check-up after the last biopsy. And on Thursday we leave for the Nationals in Durban (where the World Games will be next year). So hoping check-up goes well, been feeling a tad paranoid and anxious about it because it's so close to our trip. Eeeekkkk... definitely taking half a sleeping pill tonight.
Posted by Alice at 9:17 PM No comments:

2 years of being Mrs Vogt 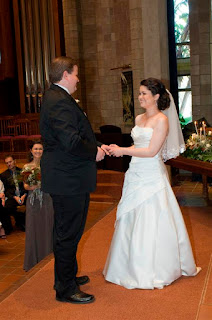 Tomorrow is our 2 year wedding anniversary! The last 2 years have been great and I hope there will by MANY more years together for us. Love you Chris!
Posted by Alice at 7:38 PM 1 comment:

Yay it's August! I've been looking forward to it for the following reasons:

Going for a Dr check-up again on the 15th. Looking forward to it because still feeling a bit anxious after the past 2 months. Gymming and training going REALLY well though so hopefully lungfunction all good!
Posted by Alice at 8:51 PM No comments:

http://www.youtube.com/watch?v=A574Ui_oBV8&feature=player_detailpage
Posted by Alice at 7:07 PM No comments: