It's been almost a month since I've blogged! There's just too much happening, I don't have time to sit down and type a post! But let me try and do a quick update, for those who don't see me often, and don't want anyone thinking I died or something!

Health-wise, nothing has happened on the lung front, but I had a check-up with the gastric surgeon, and he is 100% happy. I can now eat all food again, yay!!!! HOWEVER if I eat too much I feel terrible. And my capacity to eat is a lot less still than it used to be. So I just need to be mindful of that. I can also drink my meds in pill-form again, yay! No more gross liquids! Surgeon said that my previous Nissen was badly positioned and executed, and that he reversed it, and moved it up 4cm. So far it definitely feels like it has worked... no reflux-type feelings. May the lungs be forever free from foreign food objects now!

Achilles tendon is looking OK... better than it did!!! Like a million times better! Muscles still have a long way to go though. It will take MONTHS to heal properly. Working on it. 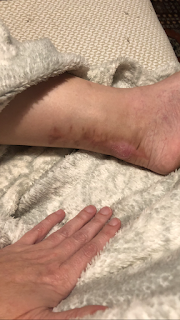 I've been BEYOND BUSY with our NPO TELL. Our website is up now. Our #makeitknown campaign is in full swing. Did a radio thing on Friday night that you can listen to here. In case you don't know what that is... we've got a campaign going where people are getting quotation mark tattoos so show that they're committed to being organ donors one day. The reason for the quotation marks, is because organ donation is a conversation, and it shows they've had the conversation. Even Chris has gotten the tattoo!! So we've been liaising with tattoo studios across the country. It's been really exciting and hard work at the same time. 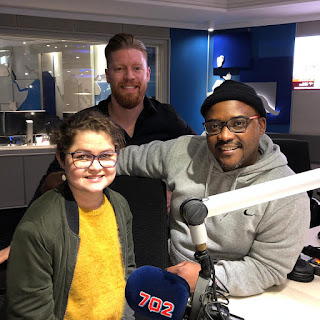 What's been super special, and I meant to blog about this earlier, is that at the first #makeitknown tattoo day on 15 April, I finally met my first donor's son in real life. I've met his aunt many years ago, and I've been Facebook friends with him for a long time, but he came for a organ donor tattoo and we met :-) It was really great. (yes yes, you're not supposed to know who your donor family is, and they don't tell you, but in our case the media was involved, a documentary was done, and two and two was put together. Long story... which I don't feel like getting into.) Bottom line is, it was so amazing to meet the guy who played such an important part (probably THE MOST important part) in the almost 10 years that I had with my first donor's lungs. We both have tattoos in honour of his mom... he has a big one on his ribs, and I have the date of my transplant. So we even got some pics of our tattoos together... so surreal to see those dates next to each other. 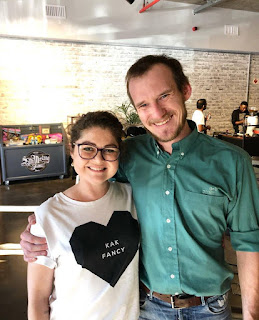 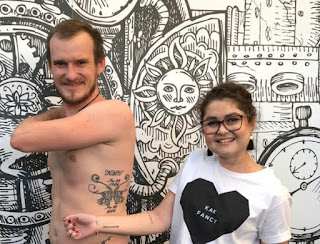 Our friend from Cape Town, Ditha, was here at the beginning of the month, and we had a great baby shower for her! Or rather "gayby" shower! Ladies and gay men! It was LOTS of fun! 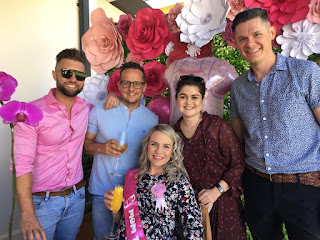 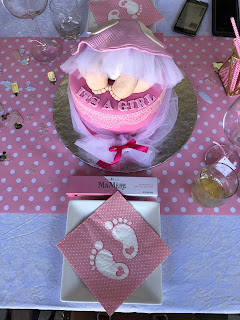 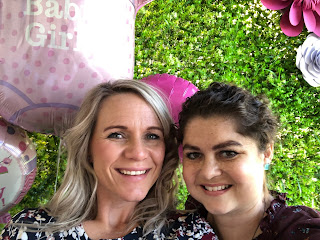 Last night was also quite fun. We all went through to Pretoria in an UBER van to a 40th birthday party! Between that and Friday night's late radio interview I need to catch up some sleep, but it's all worth it! 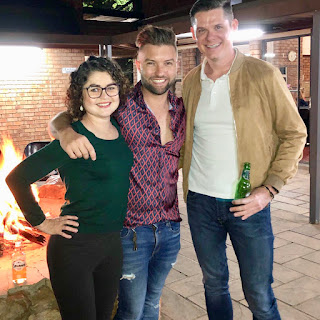