As most of you know I've been in chronic rejection of my bi-lateral lung transplant that I received in Jan 2008 since the beginning of 2013. I had a course of 24 sessions of Photopheresis in the period between Aug 2013 and May 2014. It was deemed successful as it drastically slowed down the decline of lung function that I was experiencing mid 2013. I was still able to take part in the National Transplant Games towards the end of 2014 in Stellenbosch (I couldn't play squash or do race walking anymore, but had some training in shot-put and discus. I was pretty bad at it, but I really wanted to compete!). At this stage they had never done a second bi-lateral transplant in SA before, but I hoped that they would consider me when the time came.

In October 2015 I as admitted to hospital with a Pseudomonas infection. I used to culture this bug with my old CF lungs, but never with the new lungs. However it loves diseased lungs and mine were now at the point where Pseudomonas deemed it a good time to return. After two weeks in hospital I went back to work. In January 2016 I was admitted to hospital again... not feeling well at all. A biopsy was done and unfortunately both lungs collapsed in Recovery. I was told that this was due to air trapping, which happens with the kind of rejection that I had. I woke up in ICU with 2 chest drains, and after a month in hospital I was able to return home, but I was now on oxygen 24/7. At this point I also stopped working. I was admitted another two times in 2016 with the same bug.

Towards the middle of 2016 I underwent the work-up process for transplant again. It was more comprehensive than the first time around. I had to keep my weight up even more and see a biokineticist twice a week, along with frequent Drs visits obviously (dentist, gynae, lung Dr, dermatologist, had scopes done...). I was placed on the waiting list again during the second half of last year. This year my lung function fluctuated between 24 and 30%. I was hospitalised again in August with a cold and returned home with another new bug :-(.

I was really starting to get depressed, as the work we do with Love Life; Gift Life has showed me how much is lacking with organ donation in this country, and how the number of transplants performed has declined since my first transplant. Somehow patients on the waiting list were being let down by some people who work in the field yet doesn't know what it feels like to hold your breath waiting for an organ, while seeing others on the waiting list pass away. I had to keep telling myself "If you hold out long enough, statistically there HAS to be lungs for you someday. By the way, please tell your family of your wishes to be an organ donor via our website! Your family are the ONLY people who have a say regarding what happens to your organs once you pass away, so if they don't know it means nothing.

A few weeks ago, shortly after midnight, my phone rang. It was my Dr!!! He said that they possibly had lungs for me!!!!! We had to be at the hosp by 3am. We calmly packed and got ready. I started trying to get hold of family members and close friends. I was extremely excited!!!! My mom and dad joined us at the hosp a little while later. The waiting part at the hosp was a bit of a blur... I tried reading, had to take a bath. Took a selfie. The time between the call and the transplant was a lot easier this time around! It was much shorter and we didn't have to fly from PE. I would definitely recommend to anyone on the waiting list to live close to your transplant centre! It takes off a lot of pressure! This also applies to post transplant. 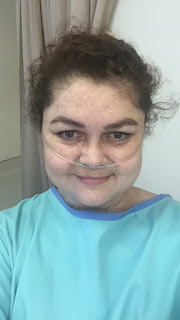 They took me to theatre at about 8am. I wasn't nervous at all, just hoping and praying that the lungs will be good and that it won't be another dry-run (story for another day). 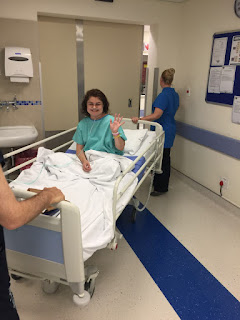 I came out of theatre at about 16h00. The surgery had gone really well, and I didn't need ECMO in ICU (only VA-ECMO in theatre). Read more about ECMO here. This is quite amazing, seeing as I'm a retransplant. With my first transplant I was ventilated for 4-5 days, so we expected the same at a minimum. However when Chris called the next morning I was sitting up, off the vent and talking! 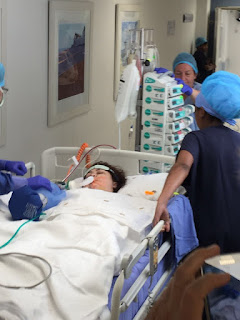 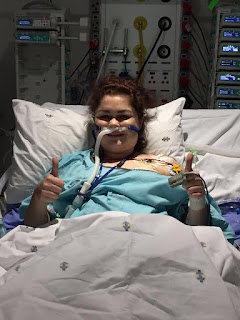 I was so surprised when I woke up and heard that it's only the early hours of the next day! It motivated me to try and push myself to get out of ICU. My ICU experience this time around was much better though. Probably partly because I knew what to expect, and also because it's a new ICU which is much nicer than the old one! I did have some hallucinations of people talking and music playing, and I was quite confused a couple of times. Medically it couldn't really have gone any better though. 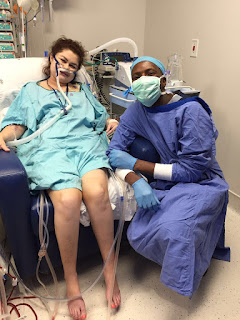 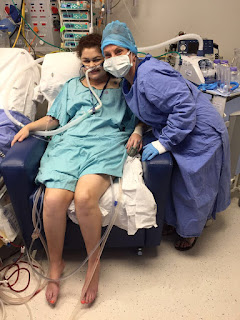 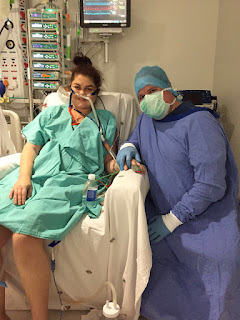 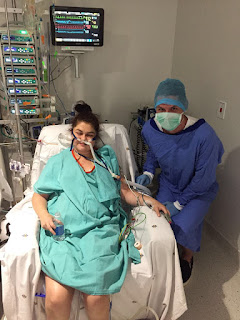 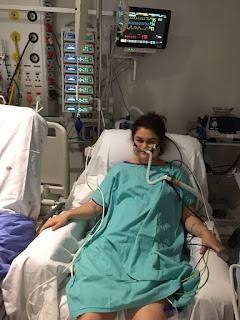 On day 8 I was moved to Section 7, which is a big step in the right direction. I still had 2 drains in... one of the big intercostal drains and a Euroset (which is actually also 2 drains). The intercostal ones are really thick and pretty sore. Thank goodness for pain meds! 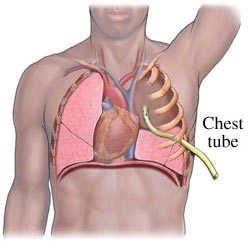 The Euroset is placed in the soft tissue and not in the rib-cage itself, so they are much less painful. 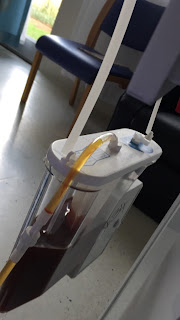 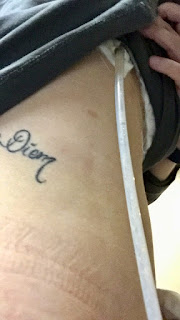 It was a bit annoying though that the Euroset didn't want to stop draining and probably kept me in hospital for an extra 10 days! This is mostly a combination of a medication that I was on before this op that prevents healing (it was one of my anti-rejection pills), and the fact that it's a second transplant and they had to go through a lot of scar tissue. It gave me the opportunity to build up more strength in hospital though. The best part was getting rid of the supplemental oxygen after about day 10 post op, and walking around the hospital with no oxygen, drains still in but great O2 sats. 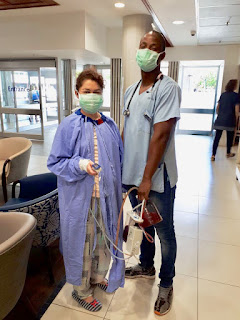 So I've been the first successful redo of a bi-lateral lung transplant in South Africa as far as I know. The last few years have been quite tough, so I'm really hoping that in the next few years Chris and I can live our lives a bit less stressed again, and that the easy breathing will continue. We would love to travel again. I want to take part in the World Transplant Games again. I also want to be able to do more for Love Life; Gift Life and help us transform organ donation in this country. Right now I'm still being monitored EXTREMELY CLOSELY, as all of this is a first and my Dr is being super vigilant. But at least all these dreams have a chance of becoming a reality now, thanks to my donor family. I have so much love for them that I can't actually put it into words (although I will try when I write them a Thank You letter). Thinking of them every day in their time of grief, especially with the holidays coming up :-( 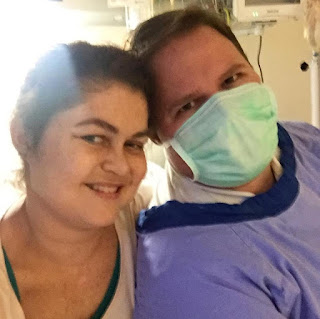