So October is almost done! What's been happening? Quite a bit but also nothing at the same time. Adriaan was Christened last Sunday. The whole weekend basically revolved around that, with Pierre's family being here from PE. I got to carry him into the church, so that was really special for me. 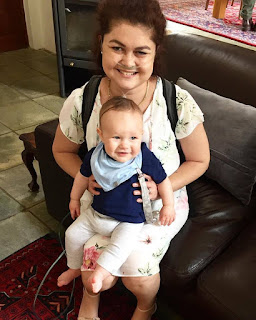 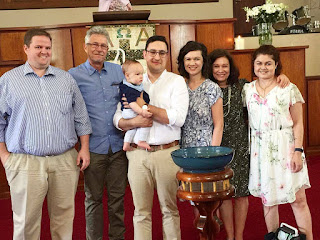 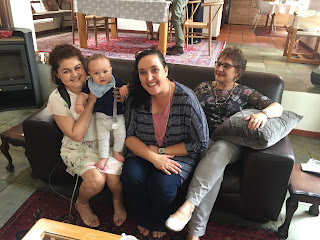 It was also 9 years and 9 months with the lungs, whoo hoo. Had a good Dr's visit on Thursday. Lungs stable, weight great, infection count super low (CRP was 3!), all the other bloods good too. Had a gynae check-up as well since my last blog post, and all is great. (My medical history includes a lot of  not-great gynae check ups and procedures, so right now I need to see her every 4 months to make sure all is under control.) So it's all good news. 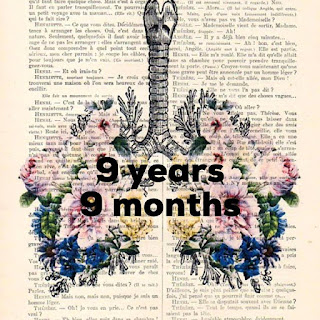 Joburg is really showing off right now with all the Jacaranda trees in bloom! I took these pics on Weds when I went for blood tests. The pictures don't even do it justice though, but it gives you an idea of how pretty it is. The weather has turned pretty freezing this weekend for some reason. I thought we were going to get a nice storm but it missed us completely, we just got the wind! We went to a very nice birthday party last night, and tonight we're just chilling with Chrislie, Pierre and Adriaan. So in summary, things are pretty good right now. The aim is to keep it this way! 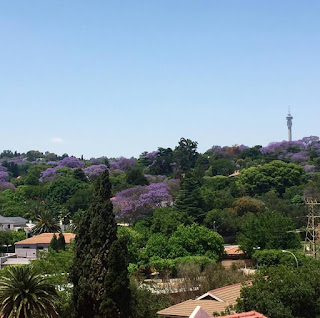 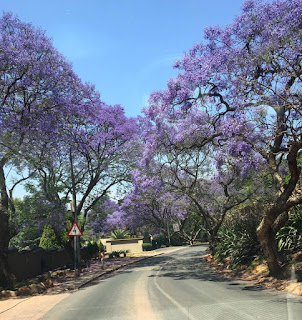 Labels: Being an Aunt, I hate my cervix, Jozi, Lung anniversary

The downward slope towards the end of the year

October is already a third of the way through!! When did that happen??? It's all downhill to Christmas now I guess. At the beginning of the year I was so confident that I would be healthy enough to go away to Storms River for Christmas this year that I almost insisted we make a booking, as that place is so popular! Luckily we didn't...

We've had 2 fun evenings out at least. The first was to The Local Grill for Chris' birthday. We went with Chrislie and Pierre for some AMAZING steak. Afterwards we went to Paul's ice-cream in Hyde Park. On Chris' actual birthday we wanted to go to the movies, and we call ahead to ask if they have a plug/power point in the cinema where we could plug in my oxygen (where else do they plug in the vacuum cleaners???) but they insisted that they don't. Unfortunately the movie was only showing at Rosebank, otherwise we would have tried other places too. They said that they only have wheelchair access. They don't cater for people needing to charge. So in summary I'm too short of breath to watch a movie now. F@&king annoying... 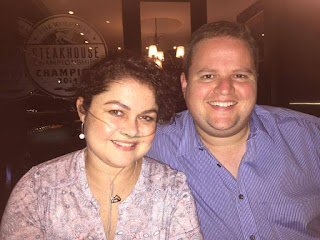 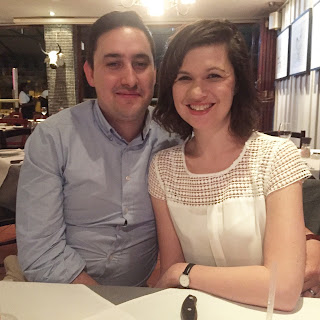 The other fun night we had was at Andrew's house on Friday evening. He made some curry and we had an awesome evening! 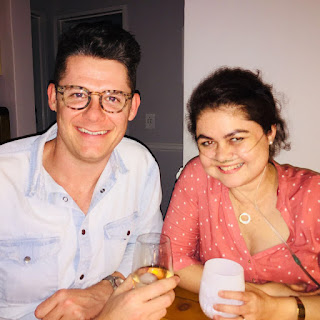 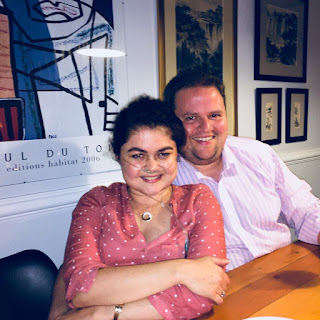 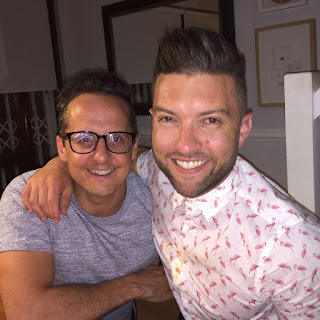 Apart from that things have been quiet. Oh I've been featured on this website called "Power 2 Save" - an initiative developed by the American Society of Transplantation (AST)! They aim to increase public awareness around the importance of funding transplant research, donating organs and advocating for transplant health. So that's quite cool.

Adriaan also had his first school concert!!! It was freaking adorable. He was a sailor. He is in the Teddy Bear class and was the youngest baby there. He was super well behaved and totally chill in the limelight :-) 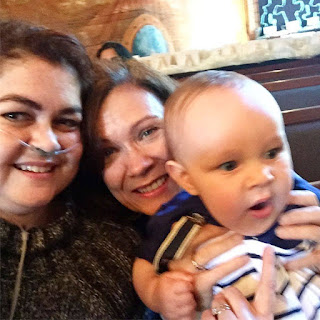