Tuesday marked another month with the lungies and another month closer to the big 4 years! Celebrated by going to gym (well would have gone to gym anyway), but wasn't particularly impressed with my workout, felt tired! Went to gym again today and was a bit better at least.

I attended the first year-end function at my "new" work last night. Was quite nice, didn't stay till late or drink, as I was driving home, but the food was nice and everyone enjoyed themselves (judging by facebook status updates this morning some people enjoyed themselves TOOO much, LOL).

This morning I spent 3 hours at the Dept of Home affairs to get a new ID document and passport (haven't officially changed my surname to Vogt yet, had to wait until after the Sweden/UK trip because my passport was still in Vosloo, and is expiring beginning of 2012 anyway, so decided to stick with the old passport until it expired.) Was not a fun experience, but at least it's DONE now.

Tomorrow morning is the annual CF walk at the zoo, looking forward to it! Always nice seeing friends and familiar faces again, and it also reminds me to be gratefull that my stunning lungs don't have CF anymore :-) Speaking of lungs, I have a check-up again on Wednesday. Would have been on the 5th of Jan, but got a call this week saying that the Dr's rooms will be closed, so had to reschedule, and 30 Nov turns out to be exactly 3 months after my previous check-up. Hope it goes well!!!

We left the Friday just after lunch, it's a 3.5 hour drive from Joburg to get there. We stopped for a burger as well and did some "adventure driving" on some really BAD roads!!! We got there just as the sun set, so couldn't fully appreciate the views until the next morning.They were however burning the mountain (controlled fire for the vegetation and safety) which made the air a bit smokey, but provided some amazing sights. Two of our friends from Joburg also arrived about an hour later, and we had pizza for supper at the resort followed by some card-playing until midnight. On the Sat monring we were hit by the breath-taking views. We made some nice brekkie and set off for the pool. Unfortunately the wind was quite bad and the weather HOT, so we couldn't really go hiking or anything. The afternoon was spent drinking and playing Monopoly instead! We did at least manage to go for a nice little drive before setting off to a YUMMY buffet supper.

On Sunday morning the weather looked promising.. no wind! We set off to the pool again, but about 30 mins after getting the the wind started again... It wasn't quite as bad as the previous day, so we also played some mini-golf, before going for another swim. Suzanne and Marcel set off back to Joburg after lunch on the Sunday, but Chris and I spent another night as we had put in leave for the Monday. We just relaxed and watched a movie, had supper and went to bed early. We left on Monday after breakfast and still had enough of the day left to do gardening and go to the bank once back in JHB! Very relaxing weekend indeed! http://www.alpineheath.co.za/

The rest of the week flew by, and last night one of our good friends who moved to Australia a year ago stopped by for a night before going to PE and Capr Town to see family! Was so nice to see her again, really miss her :-( Need to go visit them in Aus sometime... Don't know when though!!! So much stuff planned for next year already!! Maybe 2013?

Ninette is still improving slowly but surely!!! All the drains are out, lungs looking better every day on the xrays, and vent settings going down... The poor thing is bored out of her mind in ICU, so please pray that the vent comes out soon and she can move to a much nicer room in the ward!!!

What else? Oh I want to start my xmas shopping tomorrow! Before the shops get too crazy!! In a month's time my grandparents and sister will be flying up for Christmas!!! Can't wait :-) Will be working right through Xmas, but there's a long weekend in the middle of Dec (16th is Day of Reconcilliation) and then we'll be going away again to Clarence. Real Jetsetters :-)

Next weekend is the annual CF walk, also at the zoo. Always nice to see familiar faces again! I also need to go to the Dept of Home Affairs on Sat morning EARLY, as I need a new passport and ID book, in my not-so-new-anymore surname! Exciting time of the year ahead, will be putting up the Christmas tree soon!!!
Posted by Alice Vogt at 6:54 PM 2 comments: 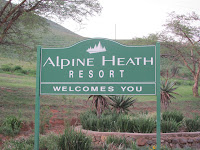 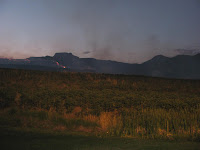 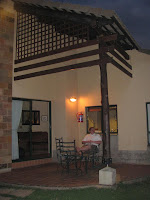 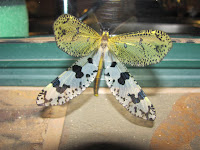 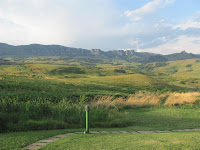 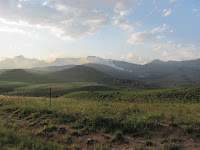 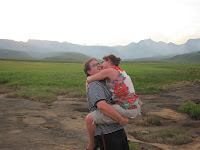 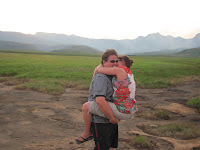 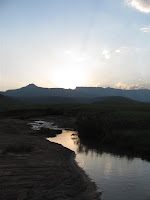 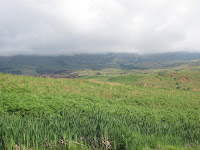 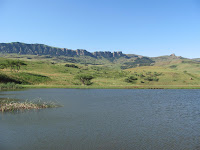 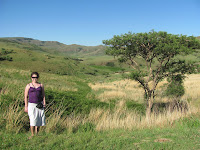 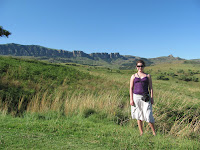 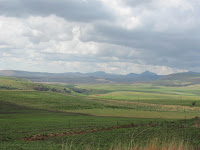 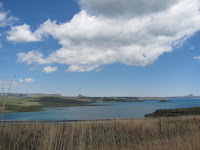 Apart for the horrible weather the weekend was very nice!!! The wind was gale-force THE WHOLE TIME, couldn't go down to the beach at all... definitely not the best wedding weather :-/ Nevertheless, the wedding was beautiful (even though the poor bride had to have her hair re-done after the photo's outside!!) But the wedding was still great, Elette looked STUNNING. And so special to see my grandparents and other family too.

Was also good to see some old friends again, really miss them, although not much the city at all... it just looked so bare and dead against Joburg with all the pretty Jacaranda's flowering right now! Was also nice seeing my sister's flat, so cute!

Yesterday the week started off with a bang, so much work! Today was much better at least, got to leave normal time and go to gym again. Can feel I haven't been there in like 10 days! Had a lovely random braai this evening (just me and hubby), I made yummy salad and potato bake and he braaied (BBQ for those who still haven't caught on) some sort of lamb thing which was DELICIOUS!!!

We're going away again this weekend to the Drakensberg, never been there before, can't wait! Have put in half-day leave on Friday and a whole day on Monday. 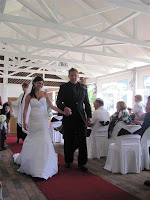 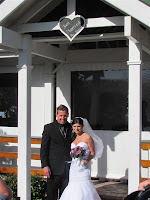 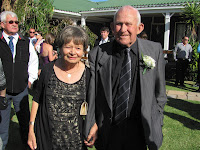 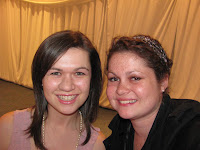 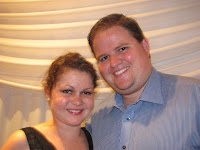 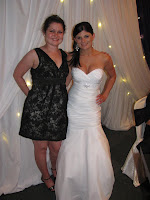 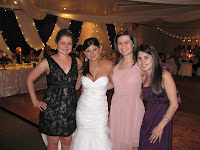 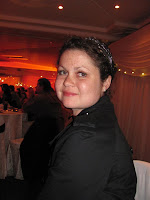 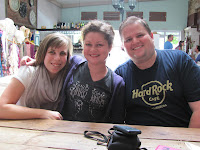 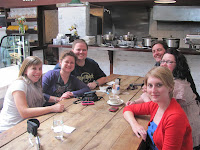 Posted by Alice Vogt at 8:57 PM No comments:

Until I go to PE!! I almost typed "until I go back home", but PE hasn't been my home for a while now! It's already been 14 months since our house there was sold. Going to be my first time back there not going "home" to the house I grew up in :-( BUT going to see my sister's flat for the first time :-) Transplant has definitely changed my perspective on change... Even changes that make me sad (like the old house) has the positive side to it that I would not have been alive to experience this change was it not for the lungs. And the thought of completely missing out on any of those things make me MUCH sadder. Obviously possitive changes are even better!!! As is being alive to se my cousin and sister getting married!!

Ninette is still doing well, she's off the ECMO, but still has the ventilator (trachy). She's wide awake, standing, sitting in the chair, eating solid foods :-) The next big step is to get her breathing on her own!!

This week's busy at work, month end! So gym hasn't really happened yet, maybe tomorrow? Or Thursday hopefully. Friday we're flying so no gym :-) Hope you have a fabulous weekend too! I definitely will :-)
Posted by Alice Vogt at 5:53 PM No comments: