11 years since the first transplant and 5 sleeps till the cast comes off (again!)

Jan has felt SO SLOW, as it always does, however it feels like just the other day that I blogged, but it's been almost 3 weeks ago!

I had a lung check-up on the 14th. It went great. Had one of my highest lung function readings (a big relief, seeing as I'm not doing cardio at the moment so it feels like I'm out of touch with how "good" my lungs are... if that makes sense.). My blood pressure is just a bit high at the moment, along with my Neoral levels, so that has been decreased. I had bloods done again for this on Thursday, and it's still too high, so it's been decreased again. (I had to stop Certican and increase Neoral when I first tore the Achilles, because Certican prevents wound healing). Hopefully when I see my Dr again in March I can go back onto Certican. My veins and I are NOT appreciating these medication changes. 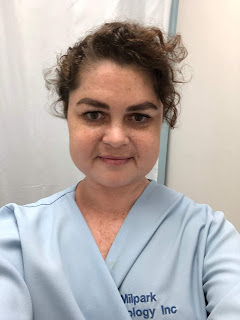 It's 5 more sleeps until my cast comes off! VERY VERY excited for that. This time around, I'm getting a moonboot after the cast is off, with a heel on the inside, to try and ensure I don't tear it again. The moonboot has been picked up and is ready! I've been exercising with my biokineticist again, and also went back to gym today, to make sure that all the other muscles don't disintegrate along with my left leg's calf muscles. It's also just been great for my mental well-being.

On Tuesday it was the 11th anniversary of my first lung transplant, on 22 Jan 2008... which was also a Tuesday. That's basically a third of my life without CF lungs now. What a blessing!!! Even when my lungs were in rejection, they were still better than CF lungs were at the end. And on Thursday it will be 15 months with the NEW new lungs! 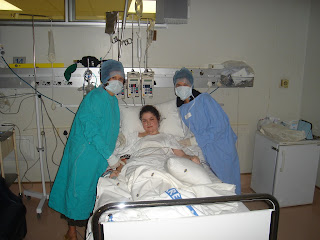 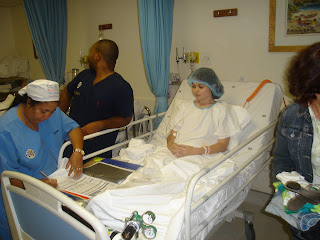 To celebrate, Chris and I went to watch Bohemian Rhapsody on Tuesday afternoon. WOW... what a movie!!!! If you haven't seen it... do yourself a favour and GO WATCH IT! It's freaking amazing. Obviously been listening to Queen in the car ever since then! 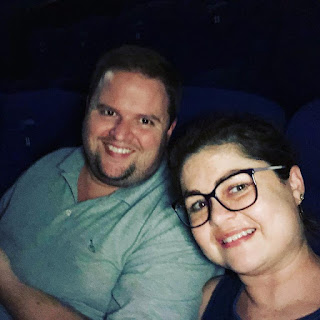 Yesterday we had lunch with my parents and sister and Pierre at Bambanani in Melville. A pretty great spot to eat out with kiddies! We, as well as the Ads had a great time. My mom also pointed out to me that I have 2 grey hairs... my first ever... so I'm feeling proudly old! Who would have thought 11 years and 1 month ago that I'd ever get to have grey hairs?? 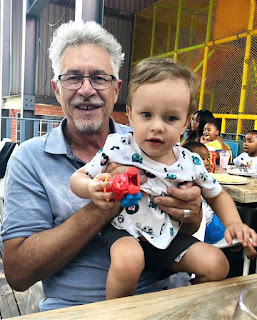 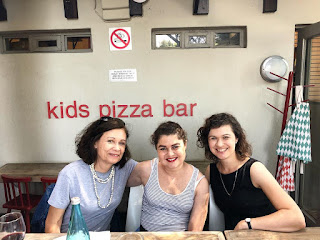 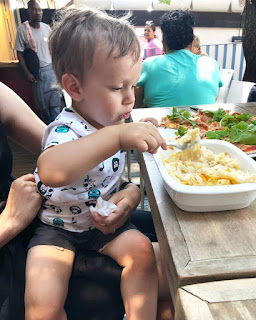 Last Sunday we celebrated my friend Talia's 1 year lungaversary, which was pretty cool. on the left is Aviva, who has been my physio since that first transplant, and in the middle is Byron, my biokineticist for the last 3 years! Fawn, Talia and I are/were their patients! And then Adriaan with my sister's sunglasses. Too cute for words. 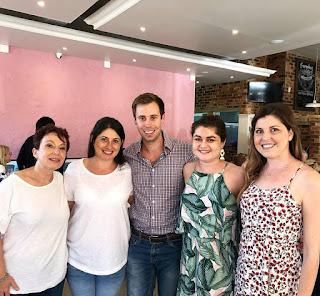 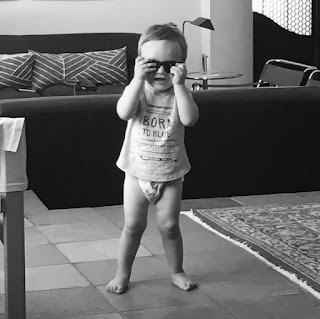 My New Year's Resolutions are similar to last year's ones... Don't want to go into too much details, but here they are:

This is my 10th week of being injured and pretty much in a cast. One positive thing however has been that I got to see quite a bit of my nephew Adriaan. Not due to my injury per se, but just because he has been on holiday as well and I've been very available! I love the little man so much, and he has really brightened up my December! Here are some pics, including some Christmas pics (I never even blogged about Christmas.... it was chilled... just spent with my family and eating too much). 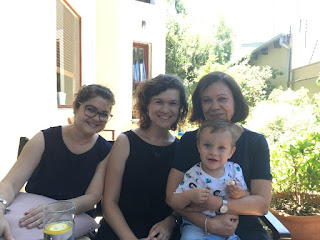 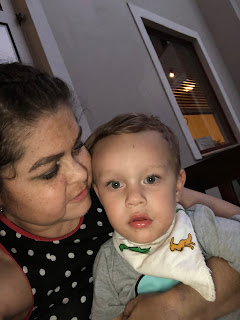 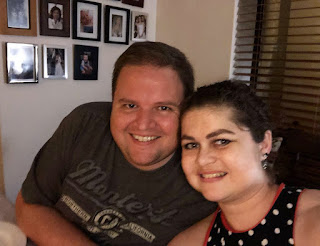 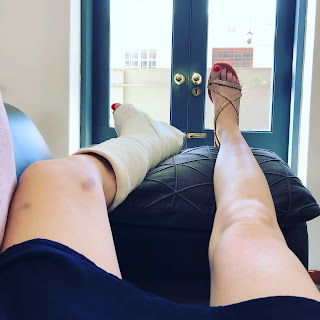 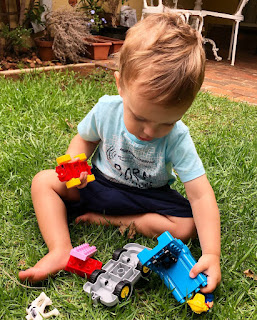 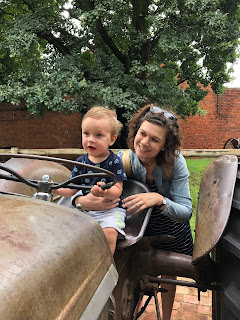 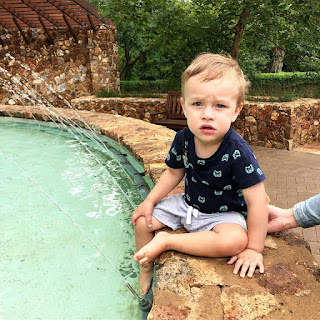 My other exciting project for December was a bit of a garden make-over! I've always loved gardening, but during the last few years that I've been too short of breath to do much gardening, it has become neglected and quite overgrown. I decided to get a little bit of professional help in, and had a local business assist with some landscaping. They put in new borders for the flower beds, and took out some pavers that were at the bottom of the garden that I didn't like and didn't serve a purpose.  They also took out some of the irises that had gotten out of hand. Here are the before, during and after pics! Ads and my sister also helped with the planting of some new plants for me, as you can see! 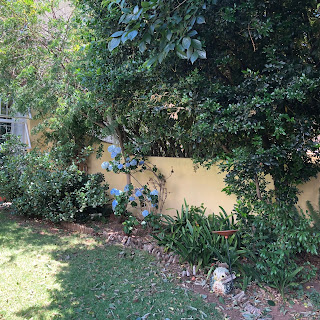 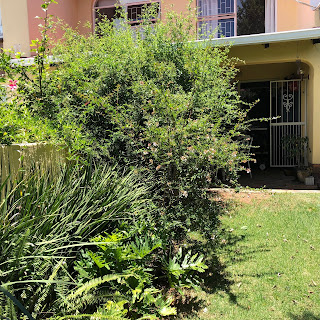 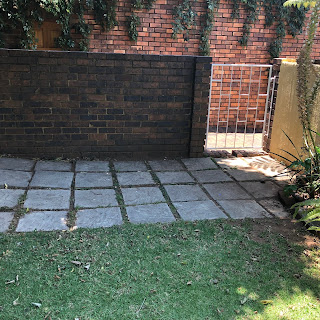 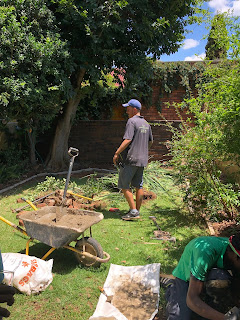 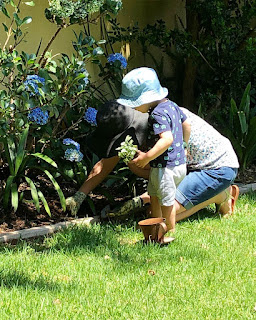 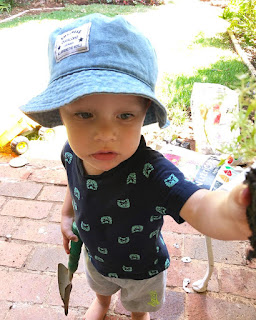 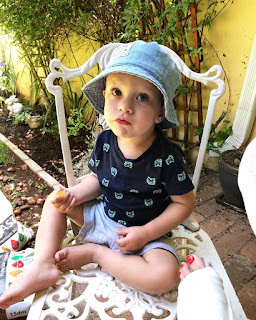 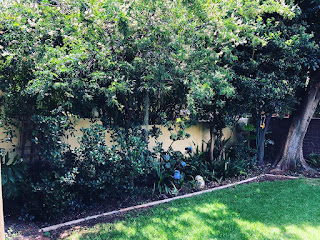 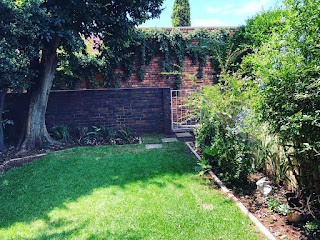 I think it's looking so much better now! And we've had some nice rain, which is helping. By the time summer is over it will look pretty great! Very happy with the result :-)