This week was pretty bleh again, but hopefully things will start improving soon. Yesterday was another lungaversary. pushing closer and closer to 10 years. Having quite a few lung-related dreams naturally... 2 nights ago I dreamt that I had to "prove" to someone that I can't breathe well. I tried to run, in order to show them how I will literally just pass out if I tried, but I didn't... I managed to run just fine, apart from my leg muscles not being used to it anymore. They didn't believe me that my lungs aren't working properly anymore :-( I failed the test.

I mentioned this briefly two posts ago... but it really kind-of sucks in some respects when you're in end stage organ failure but look "good". I'm really glad my weight is good and I'm not  complaining about NOT looking BAD (no person ever would!), but you get tired of hearing how "GOOD YOU LOOK" when your chest feels like it wants to explode. Rather tell me "You look like you need new lungs" LOL! Or "You look tired"... or "You sound really out of breath". That makes me feel better... like I'm not imagining these symptoms. Last time I waited for lungs I looked so much worse than now, and a lot of it is just hard work  and the result of a different lung disease. 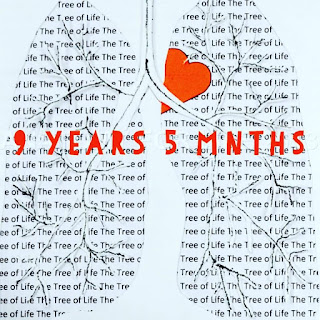 On Sunday we celebrated Father's Day with my parents. Had bio on Tuesday, which was so-so. Not too bad. Did some random errands in the week, saw my nephew... nothing exciting, although seeing Adriaan grow is ALWAYS amazing. 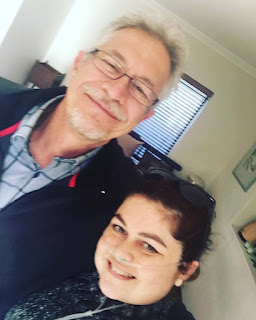 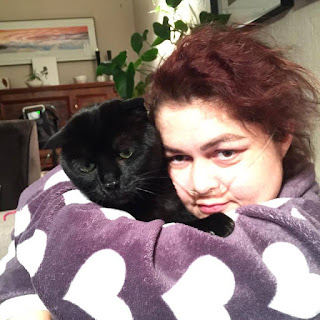 Oh I also attended the National Colours Ceremony last weekend, representing LLGL, where the new athletes forming part of Team South Africa for the World Transplant Games were awarded they Protea blazers. The Games start on Sunday, and I feel like I should avoid Facebook to try and curb my jealousy! Wish I were also flying to Spain tomorrow. 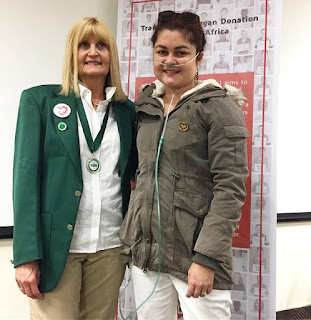 On a positive note though, LLGL released our posters this week!!!! So proud of our hard work! Check out the posters here if you haven't seen them yet!
Posted by Alice at 9:55 PM No comments:

It's been almost 2 weeks since I've blogged! This last week has been very rough physically and mentally, and one day I will blog about it, but the time's not right yet. (Not trying to vague-blog, I'm promising a good post in the future!).

Highlights of the last week.... Fawny turned 30! We had a ball of a time at the new Rocket in Bryanston. Had a great time, would have been even better if I didn't have so much trouble trying to find somewhere to charge my O2! And if I could just generally let my hair down and have a bit more fun, but "letting your hair down" can be a bit hard when you struggle to breathe. However all things considered... I had a fantastic time. 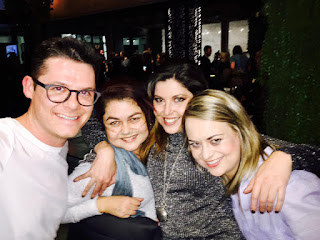 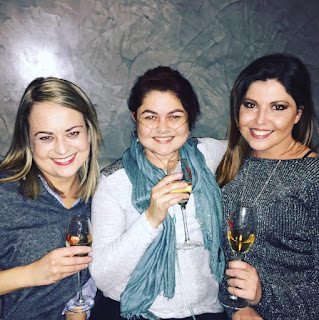 Also chilled at Brendan's house twice since previous post... last week Friday I went there for some amazing soup, and yesterday we went for an afternoon braai. Also spent some quality time with my nephew, the gorgeous Adriaan. 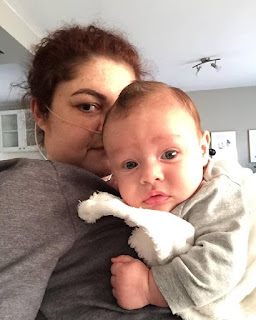 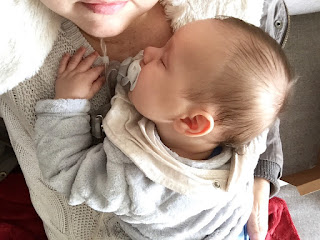 On Thursday I was having a very bad day but got so spoiled by my sis (and I'm guessing Adriaan also had a hand in there because he loves his aunt) with roses and donuts!!!! Chris has also been soooo supportive. Tried to get love from Pumpy but failed. He ran away. As you can see, 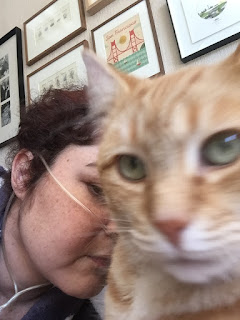 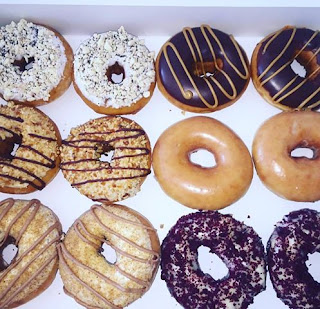 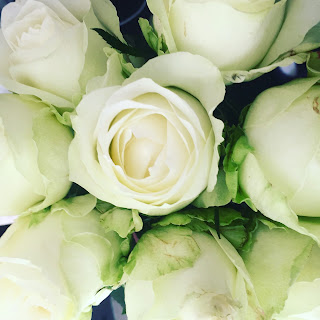 At the end of the day... what has been amazing in this strange week is how many people I have who pray for me, and care about me. Not trying to brag about it obviously, but in a world where you see so much negative stuff all the time, you get some AMAZING PEOPLE. I've been overwhelmed by love, and that is pretty amazing. I'm a very lucky girl!
Posted by Alice at 10:28 PM 2 comments:

Labels: Being an Aunt, BOS/Chronic Rejection

June is here! Winter too.... Not a fan of winter, but luckily Joburg winters are short. Two hand a half months from now things should be heating up again. Apart from the usual annoyances that winter brings.... everything outside here is dead and yellow, cold nights, smoggy and smokey air, DRY air... it's also so much more exhausting to get dressed! In summer it's easy, you throw on a dress. Now getting jeans on is tiring, putting boots on is tiring, shirts, jersey/jacket... I need to catch my breath after getting dressed! 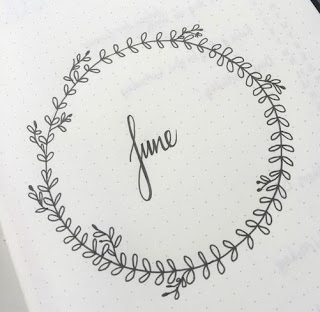 It was great not being sick with my cold anymore last week. I could go back to bio (I was pretty useless), went to the shops with my sister and Adriaan, we introduced Adriaan to Andrew and had a yummy lunch at Paul... so back to "normal". I also finished my "corner to corner" blanket that I started at the end of last year (I've made a few things in between), and it looks great. Cystic Fibrosis awareness month is also over now. Post transplant with CF is very different to pre-transplant, so it's been a very long time now that I haven't felt like I'm 100% "CF patient" anymore. Yes my pancreas is still a bit annoying but it doesn't affect my quality of life much. Even now with bad lung function and being back on oxygen 24/7 for more than a year now, it's COMPLETELY different than with my CF lungs. The mucus situation is very different.... there is almost nothing. My oxygen saturations are better than they were but I "feel" lower O2 sats MORE??!! Previously I would feel pretty good and considered it a great day if my sats without O2 was 83% (A bad day was in the 70%'s, and I wasn't even on O2 all the time). Now I'm gasping for breath when they're 85%.

Also, if I sit really still and take off my O2, my sats don't drop too badly... my heart rate just goes up. However as soon as I move the sats drop immediately. I also "look" much better. I'm not underweight or thin... I'm less blue, apart from the oxygen on my face I LOOK fine. In terms of my daily nebulising routine.... I neb with Colistin antibiotics for the Pseudomonas that I had last year twice a day. With the old lungs it was  Duolin, Pulmozyme/hypertonic saline, and also the Colistin antibiotics AND physio. However now nebbing doesn't make my breathing easier at all. Duolin doesn't open up my lungs, there is no relief that came with coughing up some junk. The Colistin just MAKES my wheezy. So basically when I'm having a bad day there is nothing I can do about it. I just have to wait it out. 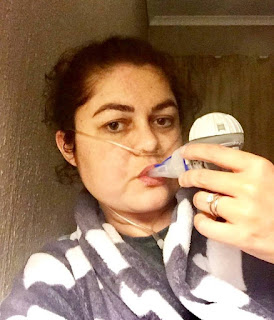 On a more positive note... went to a great Girls Night In at Fawn's house last night. We watched two rather bad movies ("Don't Breathe" and "Mother's Day"... the latter was SHOCKINGLY bad!!!), but it was great fun. Also got to spend some "quality time" with Fawn on Friday when we were waiting for our lung Dr! 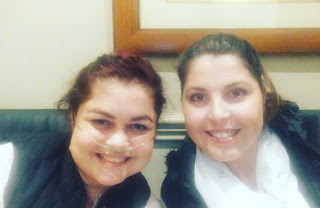 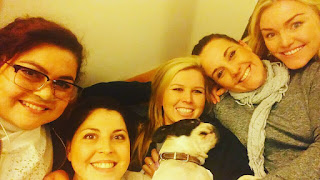 The coming week should be pretty productive, a few outings planned. Let's hope June is a great month.
Posted by Alice at 9:12 PM No comments: